Once you’ve been together for 6 months, your new partner can take half!

HOME
Publications
Family Law
Once you’ve been together for 6 months, your new partner can take half!

We frequently have clients come to us who have spoken to friends, family or colleagues and received some “advice” from those well-meaning people. Our first task is often to dispel ideas our clients already have about how the Family Law Act works.

One of the more common misconceptions we are required to address is that once two people have been in a relationship for a period of time, often as short as 6 months, the new partner is entitled to half of the other partner’s assets. The reality is far different.

Section 4AA of the Family Law Act prescribes that a person is in a de facto relationship with another person if the are not married or related by family and “…having regard to all the circumstances of their relationship, they have a relationship as a couple living together on a genuine domestic basis.”

There is no one factor that will definitively determine whether two people are or were in a de facto relationship. The duration of the relationship, living arrangements, the extent to which the parties provided financial support to the other, and the existence of a sexual relationship will all be key indicators.

So the first part of the myth dispelled is that once you are in a relationship, the other party can make a claim. Not every relationship between two adults, even if they live together, will be a de facto relationship.

So the second part of the myth, that after 6 months the new partner can make a claim, is partially dispelled. Normally the relationship needs to be at least 2 years.

So what if there was a de facto relationship that lasted for more than 2 years (or another criterion is met) – how much could the new partner get? Is it half? The answer to this question is that it depends on all of the circumstances of the parties. The Court will look at many factors including the contributions each party makes to the assets of the parties, both financial and non-financial, and consider other factors such as who is responsible for the care of any children of the relationship, and each party’s capacity to support themselves in the future.

There is no automatic assumption of half. Indeed, unless the relationship is of very long duration or each party clearly made an equal contribution to the assets, an outcome of half is unlikely. In a short relationship if there is a significant disparity in the value of the assets that each party had at the commencement of the de facto relationship, this will heavily affect the outcome.

This is general advice. Each case will depend on its own unique circumstances. For more information contact Troy Dobinson on 02 4929 9333. 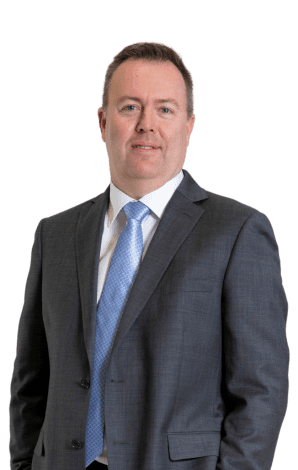